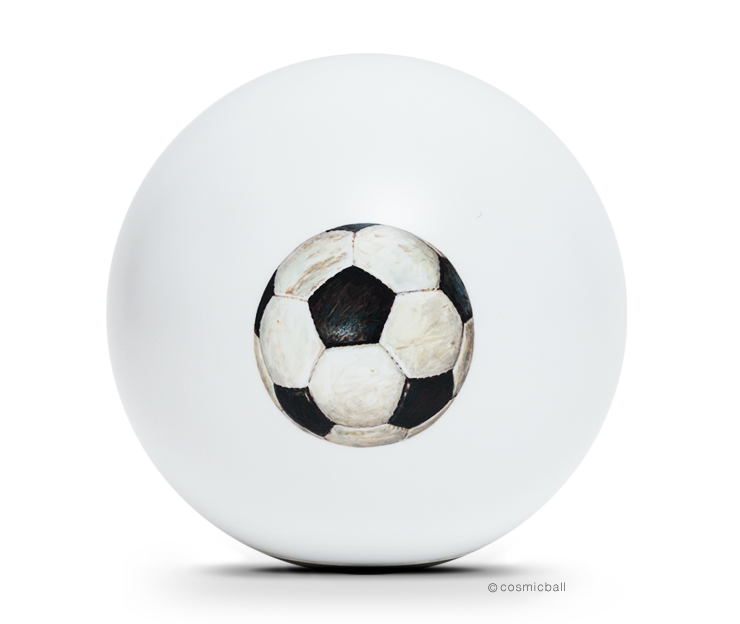 As early as in the second millenium B.C. a similar form to the football game called Cuju ("Cu" = by foot, "Ju" = ball) was performed in China. Later in Ancient Greece and Sparta images of ball games were captured on vases and reliefs. In Ancient Rome they were familiar with a similar game as well, which can be linked to the Chinese prototype. ball of love ® Cuju may also be seen as symbol, keepsake or art object, next to its conventional function as urn. During the farewell "ball of love" is able to leave a last, unforgetable impression of the beloved person and through that offers a special memory. This urn is defined as art object as well and was manufactured in a limited and numbered edition of three pieces. This urn is directly available in the studio urne.ch or can be sent to individuals by express transport. Conceived and created by "cosmicball".

The design of ball of love ® is protected and is handcrafted in Switzerland through URNE.CH. Swiss Made.